Yass Habitat Linkages is a 10 year project funded by the NSW Environmental Trust through a partnership between YAN, Greening Australia, the Australian River Restoration Centre, Land for Wildlife, Local Land Services and Yass Valley Council. The project commenced in 2016 and is well advanced in meeting its targets.

This exciting project enables landholders to enhance biodiversity and improve sustainable farming in the Yass region by helping to create corridors of native vegetation across the landscape. The project focuses on restoring wildlife habitat and vegetation across a valued productive agricultural landscape. By returning areas to native vegetation and linking them to older, remnant stands across both public and private land, we can improve biodiversity and productivity. This is because connecting fragments of native vegetation increases habitat for plants and animals to maintain viable population sizes and genetic diversity. It also helps to successfully disperse young native birds and animals into an environment that will support them to maturity, maintain seasonal foraging movements, and recolonise after events such as fire. An additional benefit is that connected vegetation creates 'thermal' refuges from the negative impacts of climate change.

The project has engaged 53 landholders, and has resulted in 30,000 new native tubestock and 155km of direct seeding in the Yass Valley.

Scroll down this page to watch a short video about Yass Habitat Linkages and the value of photos (this includes tips and tricks for photo monitoring).

Summary of YHL project in five slides Presentation to a meeting of Environmental Trust staff and other project managers across NSW.

The Truth About Trees event in March 2017 was an opportunity to bring the local community together with ecologists, practitioners, private and public managers, and other related service providers to hear from the experts, share local knowledge and have a conversation about addressing the issues around habitat loss, fragmentation and declines in productivity and work out how we, as a Landcare community, can work together to improve this situation. The event attracted 140 people. You can view Professor David Lindenmayer's presentation here. 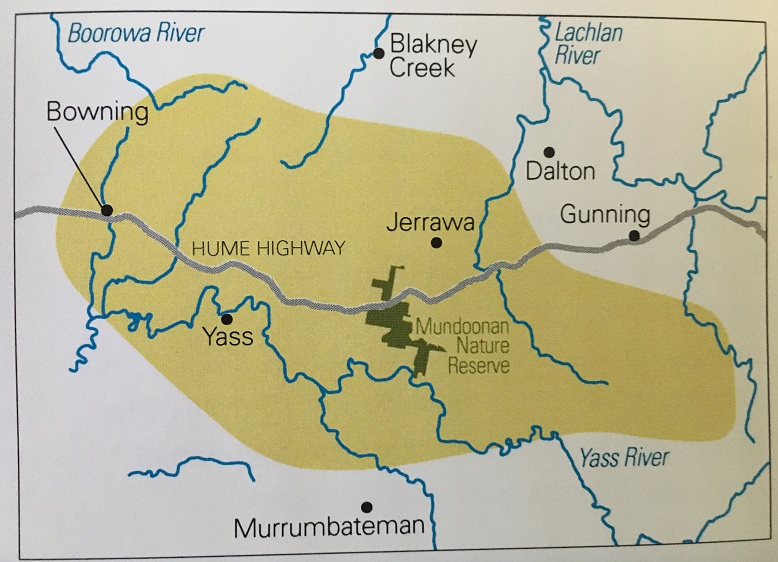 The project area lies within the New South Wales Great Eastern Ranges corridor, around Yass between Murrumbateman, Jerrawa and Bowning.